Romy van der Lee (VU) and Bert Bakker (UvA) have been appointed as co-chairs of the board of the Amsterdam Young Academy (AYA) by the General Assembly. With the chair being fulfilled by two board members, the VU and the UvA will be better represented and links between the universities will be strengthened.

Bert and Romy both do research in the social sciences domain. Romy is an assistant professor at the Department of Organization Sciences at VU Amsterdam, while Bert is an associate professor at the Amsterdam School of Communication Research (ASCoR, UvA). Romy has been with AYA since 2020 and a board member since 2021, while Bert has been with AYA and a board member since 2021. They have different areas of expertise but agree on where to take AYA next.

AYA offers a unique platform for talented young academics at both our universities, Bert Bakker says. “It brings together people from anthropology to astrology and from physics to psychology. As such we offer a unique network for our members where they can connect, share experiences and learn from each other.” He sees an important role for AYA: in the past years members have been vocal and visible in debates in our universities. As chairs we like to further broaden and deepen AYA’s presence at both the VU and UvA and influence the debate around issues such as Open Science, Recognition and Rewards, social safety and inclusion.”

The Amsterdam Young Academy has entered a new period with the beginning of this academic year (’22-’23). The initial run period of five years has been positively evaluated by the Executive Boards of both the VU and UvA, and the first cohort (2018-2022), with 30 members, just became AYA alumni. Bert and Romy want to, with the rest of the board, professionalize AYA, be vocal in the policymaking in the Amsterdam academies and offer a platform for young Amsterdam academics to work and laugh together. They look forward to discussing issues such as a safe working environment and the implementation of investments by the Dutch government with the Rectores Magnifici of VU and UvA.

Romy looks forward to this academic year: “In the coming year we would like to emphasize the importance of academic care. Scientists are often stimulated to work individually, focusing on themselves and their own careers. But there is a risk that we forget to take care for ourselves, care for each other in the academic community and care for society.” How can AYA play a role in this? “We think that AYA can play a crucial role in raising awareness about the issues of academic care. We aim to represent and voice the views of young academics in debates about these topics.” 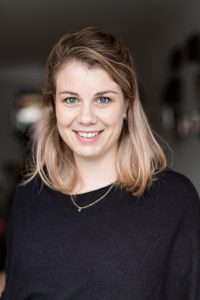 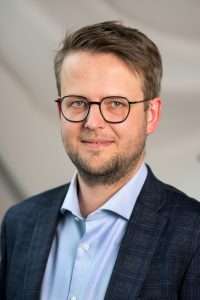