Shaped by Refugees: The Netherlands and Belgium and Their Historical Canons.

Tens of thousands of refugees from among others Flanders, Zeeland, Brabant, Holland, and Liege fled to Germany, as well as to England by boat, during the second half of the sixteenth century. Locals accused them of stealing jobs and houses, though they were to some extent economically beneficial to the decayed towns and cities they were arriving at. They were granted the opportunity to worship in their own churches and in their own languages. Their experiences in exile were socially and religiously diverse. Some of them, encouraged by networks of militants in their lands of origin, returned to their homelands in order to wage terror attacks against local secular and religious authorities. Yes, I am talking about the refugees from the Low Countries in the wake of the Dutch Revolt, the rebellion in the Low Countries against the politics of King Philip II of Spain, its ruler. From the 1570s onwards, these refugees started to re-emigrate to the Low Countries. Were you aware of the fact that refugees shaped one of the most formative events in Belgian and Dutch history more than four centuries ago? This period is associated with a mass movement of Protestants and Catholics that remains little talked about in the media and in Dutch and Flemish education but had a huge impact on the history of the Netherlands and Belgium.

The Dutch Revolt was one factor that ended Antwerp’s golden age and started that of the Netherlands, to which many of these migrants moved once William of Orange was able to claim the northern areas of the Low Countries. Flanders and Brabant were negatively affected economically and socially by the large exodus of its most skilled guildsmen, weavers, and (rich) merchants. A brain drain took place that left the area that is nowadays Belgium and northern France financially destitute and started a recatholisation process, under influence of Catholic refugees. At the same time, the area now known as the Netherlands turned Protestant, helped by the influx of Reformed migrants. Plenty of historical debate exists on the importance of these migrants for the Dutch economy and religious landscape. Both of these periods have thus arguable significantly shaped the character of the Netherlands and Belgium. The Netherlands formed a haven for refugees and soon became an enormously prominent trading nation in the next few centuries, known for its religious tolerance.

But why does it matter that you probably don’t know about this? As medievalist Jan Dumolyn (UGent) has recently pointed out, historical canons used as instructions for educational purposes, such as the ‘Canon of the Netherlands’, tend to describe elite historical figures; but that is a missed opportunity to describe history from below, from the viewpoint of the common masses. A Belgian politician recently pleaded for the introduction of a Flemish historical canon in schools in order to strengthen a ‘Flemish identity’, but it is unlikely that the history of this vital group of migrants will ever be included. Despite the omission of these refugees from schoolbooks, there is hardly anything more inherently, imaginatively ‘Flemish’ than these migrants. Many fled to England, where they formed their own ‘Flemish’ neighborhoods; the word ‘Flemish’ being used as a pars pro toto for the entire Low Countries. Their churches attempted to control the behavior of their members and their reputation among the foreigners, but the English often scolded them by calling them ‘drunk Flemings’, even if they came from Brabant or Holland. And, as we all know, the Flemish still like their beer. Including the history of these communities would bring some historical perspective to periods of increased migration streams, even from a nationalistic perspective. Large migration movements are and always will be ubiquitous, and we should not hide this fact. 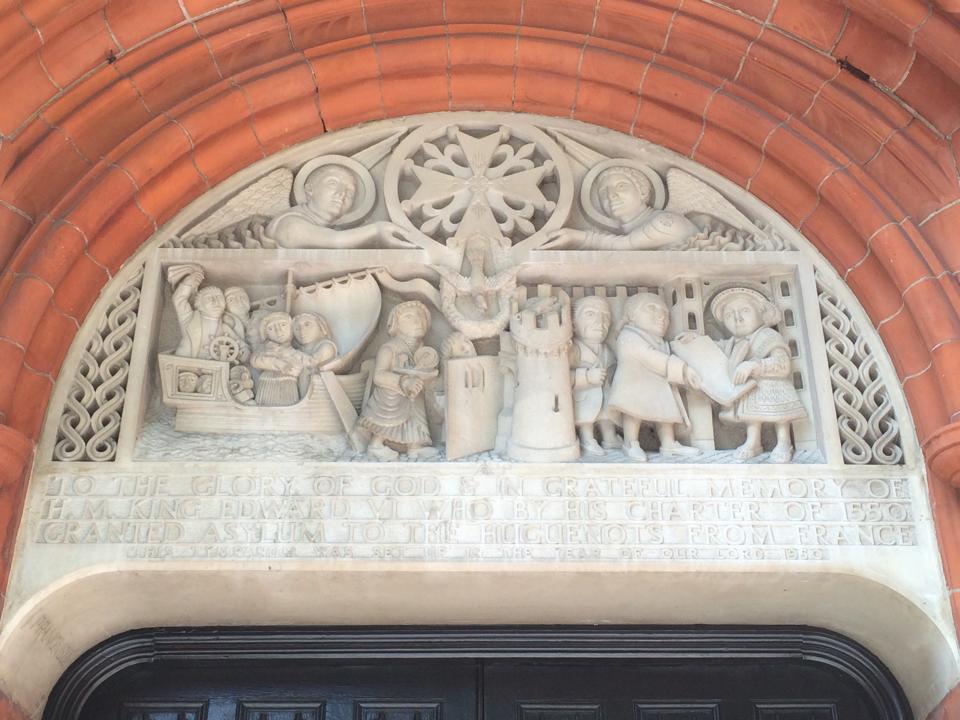